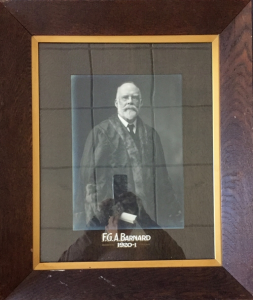 DICKINSON LECTURE
Dr Gary Presland – F.G.A. Barnard: naturalist, historian and committed Kewite
Francis GA Barnard was born in Kew and lived and worked there for most of his 74 years. Like his father, also named Francis, he was a pharmacist by profession, but his interests and involvements were diverse and wide ranging. Both father and son were foundation members of the Field Naturalists Club of Victoria, in 1880. FGA was also a foundation member, in 1909, of the Historical Society of Victoria. In both these organisations FGA served over many years in a variety of voluntary positions. He was a member of Kew Council for 12 years, serving as Mayor in 1920­–21. He wrote the first history of Kew, published in 1910. His was an interesting and productive life, which deserves to be told.
Dr Presland is an Honorary Fellow of the School of Geography at The University of Melbourne.
Entry is $20, which includes the lecture, pre-lecture drinks and nibbles, as well as supper.
Wednesday 10 October, Just Theatre, Kew Court House, 188 High Street, Kew, 3101
7.30 for 8.00PM.
* TICKETED EVENT
Phone 9278 4770 or book online www.boroondara.vic.gov.au/events/kew-historical-society-dickinson-lecture