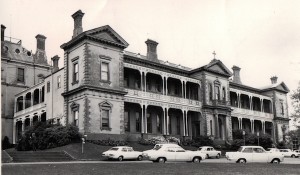 Kew has had numerous educational institutions, both public and private. By the time that F.G.A. Barnard had completed his Jubilee History of Kew (1910), many of these had already vanished. Some schools were to survive and flourish, while others were created after Barnard wrote his history.

Articles by members of the Society about schooling in Kew include:

A Story of a School: Kew High School
In 1960 a group of concerned parents under the leadership of Dr. Geoff Goding formed the Kew District High School Project Committee to press the Education Department to build a high school in Kew. There followed much Education department dithering about where to site such a school.
Read More … A story of a school (PDF, Kb)