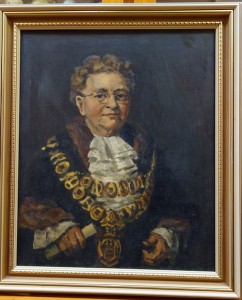 By 1860, Kew had grown to the extent where residents were able to successfully withdraw from the Boroondara Road District to form the Municipality of Kew. From being a separate municipality with an elected chairman, Kew progressed to a borough (1863), a town (1910) and finally a city (1921). In 1994, the City of Kew was amalgamated into the new City of Boroondara.

Articles by members of the Society about Local Government include:

The Streets of Kew 1880-1890
Streets and drains were the basic infrastructure problems for Kew in the 1880s. Decent streets and drains were fundamental to the quality of life of the residents. Without drainage, streets became muddy, boggy and sometimes impassable. Pools and puddles of stagnant water became smelly. The run off water, mixed with human and animal wastes, because there was no sewerage, became a health hazard. Streets and drains then became what were known as ‘a nuisance’. Kew suffered from bouts of typhoid fever during the 1880s.
Read more … The Streets of Kew 1880– 1890 (PDF, 88kB)