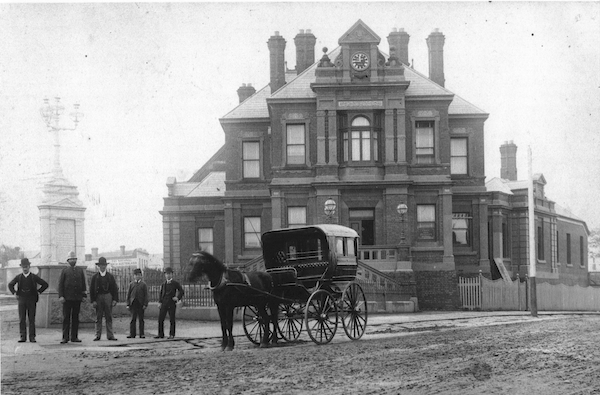 Kew and East Kew are within the clan territory of the Wurundjeri Willam. In 1803, the Charles Grimes Survey Party entered into this territory and explored beyond Dight’s Falls. Forty-two years later, in 1845, there was the first successful sale of land to new settlers. By 1860, Kew had grown to the extent where residents were able to successfully withdraw from the Boroondara Road District to form the Municipality of Kew. From being a separate municipality with an elected chairman, Kew progressed to a borough (1863), a town (1910) and finally a city (1921). In 1994, the City of Kew was amalgamated into the new City of Boroondara.

Chronology
A number of histories of Kew have published timelines and chronologies. Our general chronology is grouped in 50-year periods and identifies significant events in Kew’s history. …
Read more

Subject areas
Research conducted and published by members of the Society covers a number of aspects of Kew’s history, including:

Each topic can contain a number of articles. New research will be added to these topics over time. Additional research areas will be added as writing about that topic is completed.