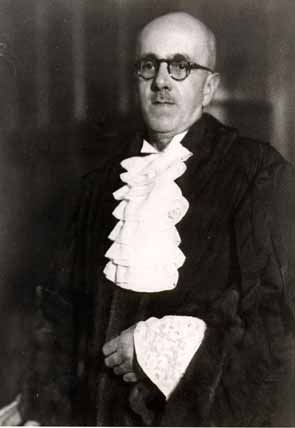 A meeting was convened by the Kew Civic Movement on Thursday 16 September 1958 at the residence of Cr. W.H.S. Dickinson for the purpose of forming an historical society for Kew. Of the seventeen individuals who attended the meeting, five were members of the Kew Civic Movement. At this first meeting in September, it was decided that the formation of an historical society would enable residents to conduct research into the early history of the municipality, study such records as were available, contact descendants of early Kew residents and bring together those who were interested in the subject. At the meeting it was agreed that the the new society should be officially named the ‘Kew Historical Society’.

In the early years of the Society, there was no written constitution. Membership fees were initially set at 5/-, before being raised to 10/- in 1960. Meetings of the Society were often held in the homes of members and friends. In its first years, some of the houses in which the Society met included the mansions d’Estaville and Roseneath.

The years prior to the Centenary of Kew were actively spent researching and preparing a Centenary Celebration Program which was to include a history of Kew. The Program was completed by March 1960. It helped that some of the members included writers such as the historian Dorothy Rogers and artists such as Alma Figuerola.

In the first years of the Society, meetings often included presentations by the descendants of Kew’s pioneer families, information about the history of houses and streets. There were also readings from, and discussions about the writings of the early historians of Kew.

In May 1964, there was discussion about the membership of the Society and that it needed to attract younger members or else it would be ‘doomed’. Contrary to these predictions of impending disaster, the Kew Historical Society has instead grown and prospered over the next 65 years.